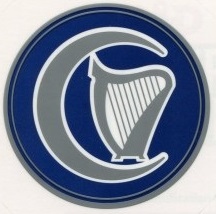 The Harpers is a both an old and young organization, that has risen, been shattered, and risen again several times – its most recent incarnation only beginning to gain strength about 10 years ago in 1479 DR. The group’s overall longevity and resilience is largely due to its decentralized, grassroots, secretive nature, and the near-autonomy of many of its members. The Harpers have “cells” and lone operatives throughout Faerûn, although they interact and share information with one another from time to time as needs warrant. The Harpers’ ideology is noble, and its members pride themselves on their integrity and incorruptibility. Harpers do not seek power or glory, only fair and equal treatment for all.

This clandestine network of spellcasters and spies seeks to tip the scales in favor of the innocent, the weak, and the poor within the Realms. Harper agents pride themselves on being incorruptible defenders of good, and they never hesitate to aid the oppressed. Because they prefer to work behind the scenes, they are rarely noticed as they thwart tyrants, depose rulers, and head off any growing force that is rumored to have evil intent. The Harpers has its finger on the pulse of power in the Realms and works tirelessly to even the odds for the downtrodden.

Harper agents are trained to act alone and depend on their own resources. When they get into scrapes, they don’t count on their fellow Harpers to rescue them. Nevertheless, Harpers are dedicated to helping one another in times of need, and friendships between Harpers are nigh unbreakable. Masterful spies and infiltrators, they use various guises and secret identities to form relationships, cultivate their information networks, and manipulate others into doing what needs to be done. Although most Harpers prefer to operate in the shadows, there are exceptions.

There are multiple influential members of the Harpers that guide the group’s movements in certain areas, and the group’s decentralized nature leads away from them being led by any one individual. Nevertheless, it is certain that the newly refounded group arose due to the actions of one or only a couple of individuals beginning in 1479 DR. In any case, individuals operate for the most part on their own with little contact with the group’s leadership – although occasionally their actions may be called into question by more senior Harpers.

BELIEFS
One can never have too much information.
Too much power leads to corruption.
No one should be powerless.

GOALS
To gather information throughout Faerûn, discern the political dynamics within each region or realm, and promote fairness and equality by covert means. Act openly as a last resort. Thwart tyrants and any leader, government, or group that grows too powerful, and aid the weak, the poor, and the oppressed.

SECRETS
The large organization known as the Harpers serves as an outer, insulating layer to the true members of the organization, who refer to themselves as the true Harpers. These individuals maintain strict secrecy about their identities, except to other members of the true Harpers. They operate independently of each other, but often consult one another as well. In issues of concern to many, they may meet. Storm Silverhand is the de facto leader of the true Harpers. Although she does not outrank any other Harper, she recruited many of them, and due to her long lifespan the others usually respect her wisdom.
The True Harpers carry Harper Pins, which protect them from divination magic, along with other benefits.

TRUE HARPERS:
Storm Silverhand, one of those to refound the movement in 1479
Remallia Haventree, influential Waterdhavian noble and member of the Council of Waterdeep
Leosin Erlanthar, lifelong investigator of the Cult of the Dragon
Mirt the Moneylender
Aster Thann
Shandri Altonthew
Obslin Minstrelwish
Lucky Charmer