Cult of the Dragon 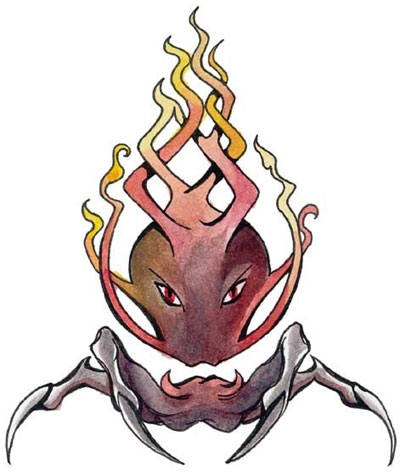 The Cult of the Dragon is an organization that has existed in one form or another for centuries. It was historically been devoted to the creation of undead dragons, also known as dracoliches, though it appears that they have largely abandoned this practice and begun worship of the draconic goddess Tiamat instead.

The Cult has become increasingly active of late, and is the force behind the raids on the town of Greenest as well as other townships, caravans, and small cities throughout the Sword Coast. They also appear to have forged an alliance with at least a few dragons, with increasing numbers of dragon attacks being linked to the Cult’s activities.Their motivations aren’t entirely clear, but they appear to be gathering a great hoard of wealth to honour the “Dragon Queen” – a reference to the dark goddess Tiamat. What exactly they plan to do with this wealth, and how they plan to bring in a new “Time of Dragons” as they claim, is currently unknown, and under investigation by multiple factions.

The Cult is led by a man known as Severin. Severin is one of five Wyrmspeakers of the Cult, each of whom wears a Dragon Mask, each representing one aspect of Tiamat’s five chromatic dragon heads – Red, Green, Blue, Black, and White. Severin is the Red Wyrmspeaker. “Rezmir the Black”, the half black-dragon who orchestrated the attack on Greenest, is the Black Wyrmspeaker. The Wyrmspeakers are also Wearers of Purple, who function as the leadership of the Cult. Their numbers are unknown. Wearers of Purple differ in experience and influence, and are all of technically the same rank – though all pay homage to the Wyrmspeakers, Severin most of all. The ranks beneath the Wearers of Purple, from highest to lowest, are dragonsoul, dragonfang, dragonwing, dragonclaw, initiate.

The Cult’s belief system seems to revolve around bringing a new Time of Dragons to Faerûn, where dragons rightfully rule over the lesser races. Once the dragons have forced the nations of the world to submit to their power, the Cult of the Dragon will rule over the affairs of men, elves, dwarves, and the other races in their name. The recognition of the inferior nature of the humanoid races with their constant infighting and wars seems to be key to a belief that the world would be a better place under draconic rule. Dragons are hailed as wise and almighty beings created to rule.

Phandalin Four knowledge:
According to Favric and Perrin Seaskipper, the Cult of the Dragon is an ancient organisation dedicated to draconic power. They hold that dragons are the true rulers of the world, and wish to restore them to power. The organization is divided into multiple Cells, each of which has little if any idea what the others are doing. The Cells take their orders from a “Wearer of Purple”, who may or may not be a member of that Cell.

Crag, Dugan, Himo, and Zerok’s experience of the Cult has been only through the Triboar Cell, a largely motley and ineffectual group of individuals whose first real mission since their inception was to recruit the green dragon Venomfang to their cause. Favric was the leader of that cell, and had attained the rank of “Dragonclaw” within it. The other five members, including Benne, Madian, Hallen, and two others, Perrin would later tell the group, had not attained any rank within the cult and were still lay members. None of the lay members really knew anything about the cult’s inner workings, instead taking their orders from Favric, who answered to a “Wearer of Purple” whom they had never met.

The Neverwinter Cell of the Cult was destroyed in 1473 DR in a Harper raid after the deaths of the parents of Dug and Perrin’s parents, a raid from which Perrin and Favric escaped. Favric would later claim that they were betrayed from within, in his belief by the half-elf who had recruited Perrin, Silifrae.

Cult of the Dragon