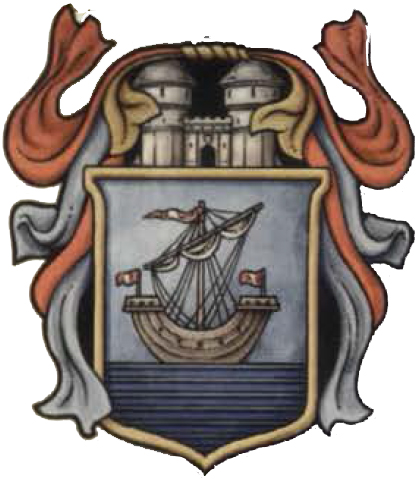 This sprawling city at the southern end of the Sword Coast at the edge of the Western Heartlands depends on the trade passing through its ports and gates to support a population far too big for its own good. The only criterion for citizenship is a couple of silver pieces. Humans dominate the city, though elves, dwarves, and other civilized humanoids have settled here. Baldur’s Gate is a city anyone can visit, and strangers met in far-off places might originally hail from here.

Though census figures are impossible to rely on, the city’s population is believed to have long ago surpassed even Waterdeep’s. How the metropolis manages to support itself is unclear—somehow, it just does. Those who pay attention to such things in Faerûn refer to the phenomenon as “the Baldur’s Gate Miracle.”

Baldur’s Gate is a prosperous city where just about anything can happen, and often does. It contains an active and organized thieves’ guild, powerful merchants with questionable ethics, and influential cults and secret societies both malignant and benign.

The city, sitting at the mouth of the River Chionthar, is about 750 miles south of Waterdeep via the Trade Way and Coast Way, and most trade instead goes via ship over the Sea of Swords, though pirate attacks and terrible storms are common. In fact, in Baldur’s Gate the people fear and revere the sea so much they often pay tribute to Umberlee.

Although a massive sprawl of numerous districts, the city can be thought of in three main parts. The luxurious Upper City is where the rich descendants of the original founders live and govern the city, an area closed off by the original city’s walls which is policed by a civic guard known as the Watch. The Lower City is an area of trade, labour, and industry, and is policed by the mercenary army known as the Flaming Fist. The Outer City is a tumultuous and law-free mess of refugees, less well to do businesses, and shanties built on top of one another. The relative amount of order there is overseen by the criminal network known as the Guild.

Baldur’s Gate Today
Today, Baldur’s Gate is one of the most populous cities in Faerûn. The last census indicated a staggering population, even without accounting for the people living in the outlying villages and miles of farmland that spread beyond the city. Baldur’s Gate claims the region within twenty miles of its walls as “lands of entitlement” over which it asserts “economic eminence,” a term that gives the city numerous privileges but does not saddle it with many extra responsibilities. In actuality, Baldur’s Gate is now the de facto authority along the Sword Coast for more than one hundred miles in any direction.

The Gate’s position as a nexus for sea trade colors its people and culture. Many Baldurians make their livings as sailors; shipwrights; harborhands, who unload river boats and stow goods in sea galleons; merchants, who outfit trade vessels and their crews; bankers, who fund trade missions; and accessory servicers, who supply the suppliers, including the farmers, woodcarvers, coopers, brewers, millers, and smiths that are part of urban life.

The influx of immigrants to the Gate has greatly augmented the traditional Baldurian lifestyle. Visitors can now hear traditional Halruaan drinking songs in the taverns, taste spicy Calimshan food at a full bucket eatery, and purchase a water clock as good as any crafted in Neverwinter.

At the same time, the rush of exciting, enjoyable new ideas has also brought with it cultures and practices that many Baldurians find distasteful or frightening. This reaction led to the founding of Little Calimshan, a neighborhood literally walled off from its neighbours. The Outer City also hosts the district of Twin Songs, a sprawl of tiny temples and shrines, where sites dedicated to dark entities such as Loviatar, Hoar, and Beshaba stand unchallenged.

The Gate’s population has stabilized following the recent migrations, but no consensus has been reached on how to incorporate the Outer City slums into the walled Upper and Lower cities. Meanwhile, the huge sprawl that is the Outer City, which includes the long string of settlements running north and south on the Trade Way, goes unpoliced since the Parliament of Peers and the Council of Four will not provide the funds to expand either the Flaming Fist or the Watch.

The Outer City’s lack of authority and its infusion of desperate refugees have greatly strengthened the shadowy organization of thieves and thugs known simply as the Guild. Bolstered by new tactics, ideas, and victims on which to prey, the Guild now reaches its tendrils into every Gate enterprise, lowly and vaunted alike.

Government
Composed of the heirs of its first members, the Parliament of Peers meets most afternoons in the High Hall to oversee the business of governance and justice. Even though the peers’ discussions are often contentious, loud affairs, majority opinion eventually rules on any matter. The peers’ decisions are then put before the Council of Four, composed of three dukes and one grand duke. Each member of the Council of Four has one vote. In the case of a tie, the grand duke’s vote counts as two. The council’s vote then determines a decree’s final outcome.

Deities
Baldur’s Gate is the site of a large number of temples and dozens of shrines. Some of those shrines, such as the Watchful Shield, have stood for centuries, and others have arrived on the backs of refugees in recent years. Individuals looking for magical services, such as cures or potions, must visit one of the three powerful temple houses within the city. But for those who can pay only with prayer, the Twin Songs district hosts many priests who aspire to increase their followings so they might ascend to grander places of worship.

Most worship in Baldur’s Gate centers on three deities – Umberlee, Tymora, and Gond – who have held primacy over the city’s prayers for generations. As a port for river and sea traffic, Baldur’s Gate has long maintained a temple to Umberlee. The myriad issues that can affect a merchant’s fortunes, and the patriars’ gambling traditions, made Tymora’s worship an important part of city culture. Finally, Gond’s priests established themselves as a key cog in city life more than a century ago when they equipped the Gate with the cranes, rail carts, and dry dock facilities that turned this former smugglers’ haven into one of the busiest ports on the Sword Coast.