This massive half-orc stands at 6’6" and is built like a truck. He has black eyes and hair, and grayish skin. He has a massive scar from above his left eye all the way down to his right abdomen. He is 24 years old, and is usually found to have a look of fearlessness in his eyes that ignites into all out anger whenever he sees a dragon. He wears completely black half-plate armour, carries a devilish looking black greatsword which is often kept locked in a gauntlet, and wears a magical cloak across his back. His attire is entirely black, except for the lining on his cloak and the necklace of dragon teeth around his neck.

Groβ (prounced Gauze) is a product of two worlds, as is any half-orc. His orcish mother Shautha was the proud daughter of a great chieftain named Ugruk Ku’raehaa who claimed a part of the Spine of the World mountains as his clan’s dominion. Groβ‘s human father Taran was the son of a barbarian chieftain named Boltir Panzer, whose tribe roamed that same mountain range. Their peoples clashed for many years, until the two aging chieftains claimed that the goddess Selûne had spoken with them, telling them to bind their peoples. This was done by marriage between their firstborns in 1464 DR. Nine months later, Groβ was born to Taran Panzer and Shautha Ku’raehaa, and the combined clans were the most powerful organized force in the Spine of the World at that time.

In the spring of 1481 DR, when Groβ was 16, he was finally ready to be acknowledged as an adult by both his human and orcish families (though the latter had already considered him fully grown for two years). Ugruk and Boltir’s joint leadership of the clan had begun to fray as orcish and human ways of commanding differed, though the two were by now quite aged and ready to pass the mantle of leadership to a younger generation that embodied the spirit of the pact their two peoples had made. Taran Panzer was to be named the new chieftain of the united clan, with Shautha Ku’raehaa as his wife and advisor. Groβ, it was expected, would be named as their official heir on the first day of his adulthood. The grand ceremony was to take place at a barren battleground at the base of the mountains – the last place where the two clans fought each other.

But it was not to be. In the early rays of the morning sun, without warning or apparent reason, a great blue dragon attacked. It’s lightning breath wreaked havoc upon the unprepared clan, and the dragon undertook a methodical plan of killing every last human, orc, or half-orc it saw. Many stood against it, but all who did so fell. Groβ nobly took a stand with his brethren, but was raked from above his left eye all the way down to the lower right part of his abdomen, and sent reeling to the ground. When he awoke from his wounds, seemingly miraculously, the dragon was gone, and it seemed like he was the only survivor of its brutal attack. Groβ would discover much later that his mother, too, had survived.

Dragons have been Groβ‘s sworn foes ever since that day, and for eight years he has roamed the world, hunting rumours of that blue dragon, which had never been seen since. In early 1489 DR, the half-orc began to hear rumours of an adult blue dragon seen in the Greenfields region, and so travelled to the town of Greenest in the hope that it was the same one that had slain his family eight years prior. In the end however, it proved to be a different blue dragon entirely – and one in league with the Cult of the Dragon. Nevertheless, the dragon, along with the cultists that revered it so, incensed Groβ’s rage, and the barbarian has thrown himself into the conflict with that group ever since.

Groβ has developed quite a reputation for himself since the events at Greenest. After he fought Langdedrosa Cyanwrath valiantly in single combat outside Greenest’s Keep, he was proclaimed as the town’s champion, something that he has continued to proclaim himself in the months since. The half-orc is also wanted for theft and assault, having stolen a cursed blade from a wealthy merchant named Benson Grain, who has placed a large bounty on his head – although the 6’6" half-orc was disguised at the time of the theft. He has also formed a lasting friendship with the elven prince Corran Evruil after rescuing him from his cursed imprisonment as a golden stag, who has promised Groβ that one day he will return the favour. The half-orc has also proved relentless in his pursuit of the Cult of the Dragon and their dragon allies – more than once suggesting he and his companions should fling themselves directly into battle with dragons that far out-power them.

Groβ was eventually reunited with his mother Shautha, who had also survived the dragon attack and escaped to the Silver Marches where she built herself a reputation as a famous chef living with the orcs of the Many-Arrows tribe. She had also taken a vow to never speak since the attack, and had thus become known only as the Orc Chef – though she quickly broke this vow when reunited with her son.

Aboard Skyreach Castle Groβ claimed the sword of the slain Rezmir, an evil Netherese sentient blade known as Hazirawn. Since then he has talked often with the blade, and their conversations have clearly have had an effect on him – the half-orc has grown increasingly dark in nature ever since, adopting entirely black armour to resemble the sword and taking on an increasingly aggressive demeanour. Not long later Groβ would behead a defenceless Ice Hunter to make a point, making it clear to his companions that he was a changed man.

Not long after this however, Groβ finally claimed his first dragon kill when he slew the white dragon Arauthator in his lair in the Sea of Moving Ice. After throwing a grappling hook into the dragon’s back and climbing onto it, he managed to stay on the dragon’s back as it flew into a cavern of icy water. He then plunged two arrows of dragon slaying into its’ neck, and hacked off its head with Hazirawn. Arauthator’s head now sits as a trophy in the Grinning Lion tavern in Waterdeep, and has been joined by three blue dragon heads since. Groβ has also made a habit of collecting dragon teeth, which he wears in a necklace.

Groβ‘s clan is descended from the Thousand Fists tribe of the Nether Mountains, which split over a hundred years ago between those who wanted to stay there and those who wanted to build a new life away from the blue dragons and the Blood of Morueme of that place – such as Groβ’s ancestors. Whether or not it was one of those blue dragons who nursed a hatred of his clan for over a hundred years and hunted them down in the Spine of the World, or whether it was another blue dragon, was unknown for many years – until Groβ and his companions came under attack from those same dragons while flying to the Nether Mountains on the back of a silver dragon to meet with the Council of Wyrms. Three of the four blue dragons that took part in the attack were killed, though one survived – Nahaunglaroth – whom Groβ would later discover was the dragon that had killed almost his entire tribe.

During that battle, Groβ fought alongside the silver dragon Otaaryliakkarnos, and began to recognize the differences between metallic dragons and chromatic dragons. When previously he had sworn to ensure the deaths of all dragons, Groβ now wished to fight alongside the metallics against his sworn foes. He even acknowledged the right of Tazmikella, a copper dragon, to Hazirawn, after she claimed it was from her hoard. In return, the copper gifted the blade to him once more, though she warned him against its corrupting influence.

Along with his companions, Groβ has become known as one of the Heroes of Skyreach since they arrived in Waterdeep on a flying giant castle called Skyreach Castle, after having dealt a massive blow to the Cult of the Dragon. As a result, his prestige has far outgrown that which he earned as the Champion of Greenest. He has been seen proudly walking through the streets of the City of Splendors, afraid of no one. However, this drew two attempts on his life from the Cult, one resulting in a few civilian deaths at the Grinning Lion tavern, and another resulting in almost fifty deaths just outside it not long later. During that most recent assassination attempt, Groβ was forced to flee his attackers, leading many in the city to fear that the Cult now held the upper hand in the wider battle.

Groβ continues his quest to defeat the Cult of the Dragon while slaying as many chromatic dragons as he can. He has expressed a wish to his comrades that once this mission is complete he wishes to die, and rejoin his tribe in the next life. 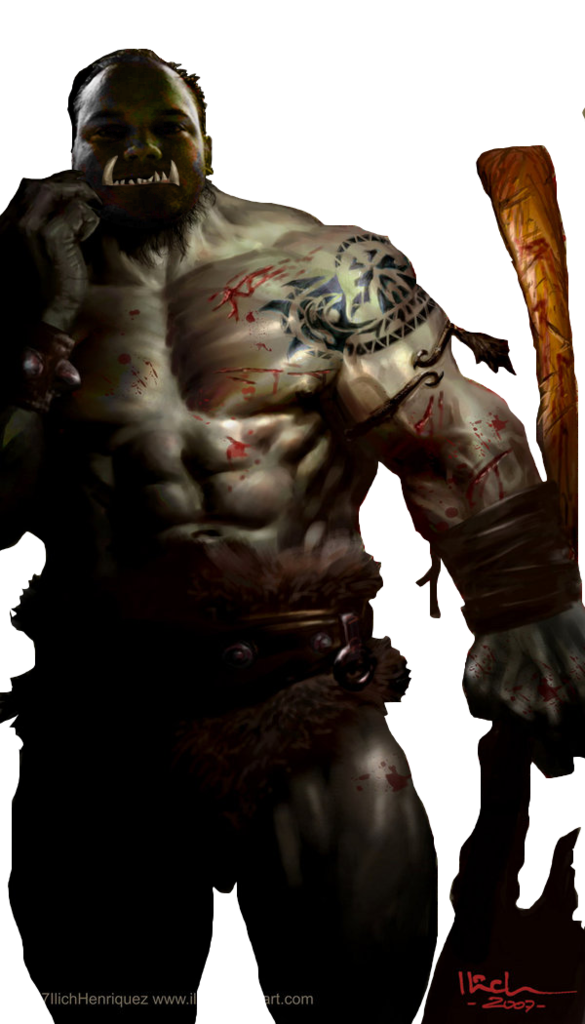